The physics classroom was a sauna; one of the ceiling tiles was missing. Below it sat a puddle of yellow liquid, that we can only hope was cooling fluid. 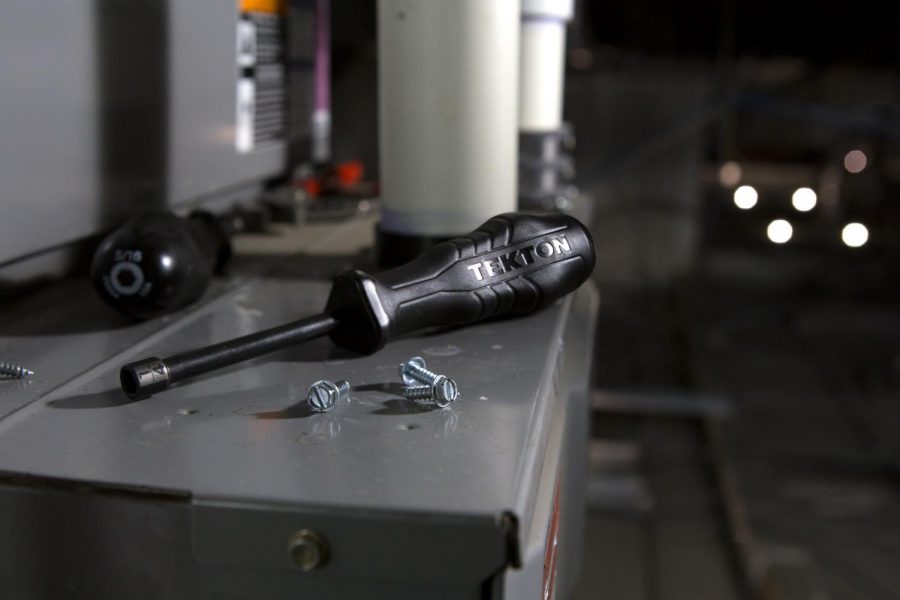 Photo by Tekton on Unsplash

On Orientation Day, not only was the physics classroom as hot as a sauna, but one of the ceiling tiles was missing. Below the missing tile sat a puddle of yellow liquid, that we can only hope was cooling fluid.

“I was sweating, sweating, and sweating,” says junior Ben Keller. “I was sweating through my shirt even just from sitting there, and I couldn’t focus cause I was just focusing on how uncomfortable I was. It was just really difficult.”

When you walk into your first classroom at the start of a new school year, you probably expect it to be a nice, normal, cool room. You don’t expect a sauna. But across the Friends School campus, many rooms don’t have functioning AC units.

These non-working AC units can affect learning or be a health risk in a number of ways. COVID-19 is still a major issue that Friends school faces, and one of the best places for the virus to spread is in a room with poor air circulation. Non-working AC can also disrupt classes.  Students can be so hot it’s hard to focus. Or something similar could happen to what happened three years ago, when old HVAC units in Forbush Hall’s English classrooms flooded, soaking the second floor carpets, and sending water pouring through the ceilings of the Mac lab and art room beneath them.

“I still haven’t cleaned up everything from it,” says art teacher Erin Hall. “In the Mac Lab we lost four computers; that’s a lot. And then a printer, which we still haven’t replaced.”

Many of the buildings across campus were built before AC units existed. So these buildings were never originally meant for AC units, leading to problems like reconstruction of rooms and areas, and some units being harder to access than others.

While maintenance does their best to fix problems as they arise, they are limited by finances.  Friends HVAC technician John Quickly says that, sometimes, they have to make the tough choice of which room’s AC to fix, and which to hold off on for another year.

“We look at the age of the unit, how much work we put in the unit over the couple of years,” says Mr. Quickly, “and then we determine which ones to change out first, that fits into the budget.”

Another room that has recently experienced major AC issues is room 209 in the Math/Science building. Though a lot of Math/Science rooms suffer from non-functioning AC, many students say 209 is the main classroom where they have noticed a spike in heat.

Teaching in that room can be challenging too.

“It does kinda stink that the AC has gone out,” says physics teacher Danny Duckworth. “But you know, you just kinda have to work through the difficulties.”

Though the room hasn’t gotten any portable AC units yet, Ms. Duckworth has brought multiple fans into the room to keep everyone from melting … into puddles of potentially yellow liquid.

Though the Facilities department can’t repair every single AC problem when it comes up, they work to find temporary solutions to the ones they can’t tackle immediately. For example, in Upper School room 302, Molly Smith’s History class, they have added two portable AC units.

But these portable units have caused more harm than good in some cases.

“They work reasonably well, but they’re also really loud,” says Ms. Smith, who chairs the school’s History department. “So particularly this year with masks, it’s been the balance of turning them off so people can hear properly, and turning them on so people aren’t sweating.”

The portable AC units are loud to the point where if you are sitting next to one of them, the noise makes it so you can only barely hear the teacher, and you can’t really hear when anyone else talks. Smith says the AC unit in her room has been broken since at least late 2019.

But the story of Smith’s room has a happy ending. In late October, as this story was being edited, her heating and air conditioning unit was finally replaced. Just in time for winter!