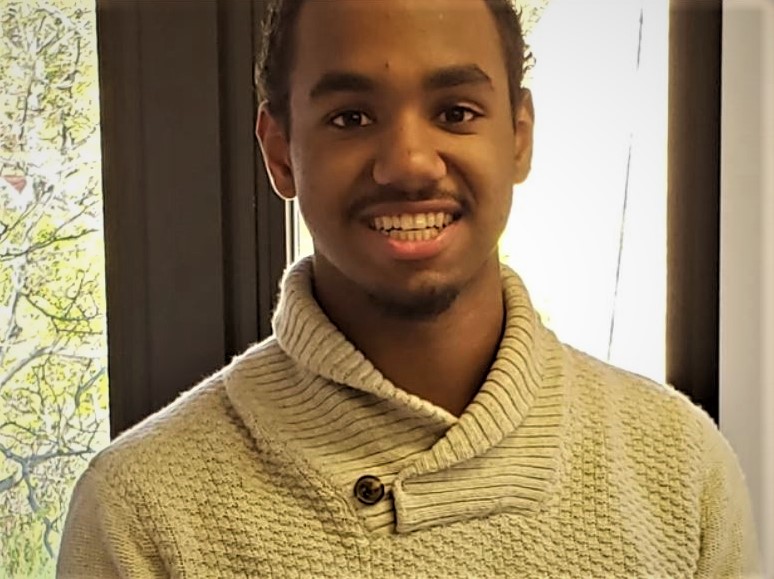 If you’ve been in or around the Friends School community lately, you’ve heard the roar of our new spirit song. The catchy beat and lively performance gifted to us by the Morgan State University Marching Band planted it firmly in our collective ears.

As every Friends student is also aware, this extraordinary piece of music was created by one of our own. I was lucky enough to sit down with the young composer last week.

Christopher Armstrong (‘21), has loved music of all kinds since he was a child. He is a master of four instruments and is actively learning others. He uses his musical talents to head our school’s student-run instrumental music group, Constellations.

Christopher is not just a musician. He was approached by an outside source to score a short film, and he is still always finding new projects to make time for. While all of this surely points to a bright future, Christopher has already made a name for himself, composing the piece that had people bouncing off the walls at this year’s pep rally.

Christopher was approached towards the end of last year with an interesting proposition: writing an anthem for our school’s athletic department. Ken Zalis, one of the heads of Friends athletics, approached Christopher, knowing him to be a budding talent. The summer passed, and when Mr. Zalis brought the project back up in September, Christopher admits that he was surprised, but of course, he eagerly got to work building a piece.

Christopher humored me and played out his thought process on a nearby piano, and it was incredible hearing him put it all together. After he found what he wanted from the base of the song, Christopher looked for inspiration in the works of both the past and present. He listed the inspirations for his song as the theme of Rocky, composed by Bill Conti and Ludwig Göransson, a Swedish composer on the rise who gained some notoriety for scoring Marvel’s Black Panther.

When hearing this, it is easy to see both the inspiration and innovation in the piece, the melody of which Christopher then plucked out for me. The passion Christopher played with was what truly astonished me. In the mere seconds that his fingers touched the keys, he showed how much loved the song he gave us.

In the world of music, it is easy to tell when someone is bored with a piece, just as it is clear when someone cares deeply for one, as Christopher does for the spirit song. As he played, there was a certain excitement and fluidity to the movement, like the piece was in his bones. Christopher initially planned to debut a digital version of the song, but Mr. Zalis liked it so much that he suggested that Christopher bring it to Morgan State University and that it be played at the pep rally. Christopher called writing for MSU his favorite part of the whole process.

“Just working with the legend that is Melvin Miles of Morgan State was my favorite part,” said Christopher.

He had never composed for a marching band before, especially not for drums. He also mentioned that creating a part for MSU’s top of the line drumline was the most difficult part, while it was still a fun challenge to him.

“It’s one thing to play a theme on a mini-keyboard, and put that into the software. It’s another to have to chart out all the instruments.”

Christopher bested these challenges with help from a friend in New York, an experienced percussion player.

“He took a look at the parts I had and he said: ‘We can do better than this,’ and we started writing down this part for the marching band.”

Not all of these musings made the cut since the final product was altered by the directors at Morgan State themselves since they wanted to stay true to Christopher’s original track.

The majority of Quill readers are well aware of the final product. Chants of “Quakes, Quakes, Let’s Go!” erupted in the Old Gym as Morgan State brought the house down, with Christopher in the front, seeing what he had created.

“Just being able to write something for my friends that are on sports teams; that play basketball, soccer, and other things, and seeing their reactions and knowing how much they loved it just really brought a lot of joy to me.”

Some may notice that I call Christopher’s piece “the spirit song.” This is by the request of Christopher.

At the end of our conversation, he told me: “I think the other thing that’s important to note is that the spirit song isn’t my spirit song. I’m glad that people have been saying that, but it’s the school’s and it’s something that I was able to give back to the school, and I’m honored and grateful for that.”