How do Friends teachers get ready for the year ahead? Their secrets, revealed! 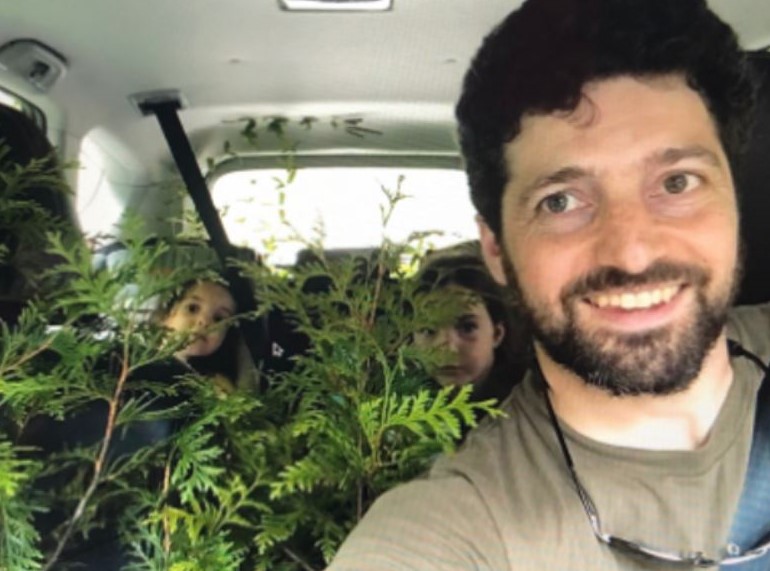 Every August, Mr. Ratner has the same nightmare: he gets to school and finds he’s scheduled to teach a class that he hasn’t prepared for. He teaches the class anyway, painfully conscious of the fact that everyone can tell he doesn’t know what he’s talking about.

Even though leaving summer behind can be hard, Ratner enjoys having a break from his young kids.

“I do a lot of the childcare during the summer, so I’m ready to be back at work and having a little bit of my own time,” he says.

Like many other teachers, Ratner has a fun family tradition that he does every year before school starts. This year, he and his family went biking together on the NCR trail.

Ms. Berkeley says she has a hard time getting mentally prepared for school. Her summers are quiet, and she spends a lot of time alone or with her husband and dogs.

Then August comes. Anticipating the start of school stresses her out when she thinks about having to talk with people continuously. She has to dive headfirst into each new year, hoping she can do it without getting too overwhelmed.

Each year, Berkeley makes a point of not making plans for the Monday before the start of school. She saves that time for a last-minute decision where she can do whatever she wants on the spur of the moment. One of her favorite was the Monday she spent berry picking.

Ms. Cunliffe used to get anxious about coming back to school, but after teaching for a little while, her worries went away. However, this year, her first at Friends, she has a new, recurring, Friends-specific nightmare that she prepared for the wrong cycle day.

In the days leading up to school, Cunliffe likes to fill her time with fun summer activities. This year, she made time to hang out with her friends and her parents and she livened up the week before school by getting hired at Friends just hours before the start of orientation.

Since Mr. Buck started working at Friends in 1987, he’s never had a summer off. He travels, teaches college courses, and this year, worked on a book he’s writing about the history of his alma mater, Boys’ Latin.

Though his summers are busy, Buck says it’s “a different pace, a different mindset.” He swears he doesn’t work as hard.

Mr. Tiggle has been a college counselor at Friends for 11 years. As a counselor, his experience of coming back to school is different than the rest of the teachers.

He and his colleagues work through the summer and are employed by the school all year long, so his time of relaxation is right after the seniors graduate. Then, he finally has time to take a break from school and the stress that comes with sending kids off to college.

During this time, Tiggle, an “avid fisher,” enjoys his annual fishing trip 60 miles off the coast of Myrtle Beach. He loves the feeling of being completely disconnected, miles away from any other people.