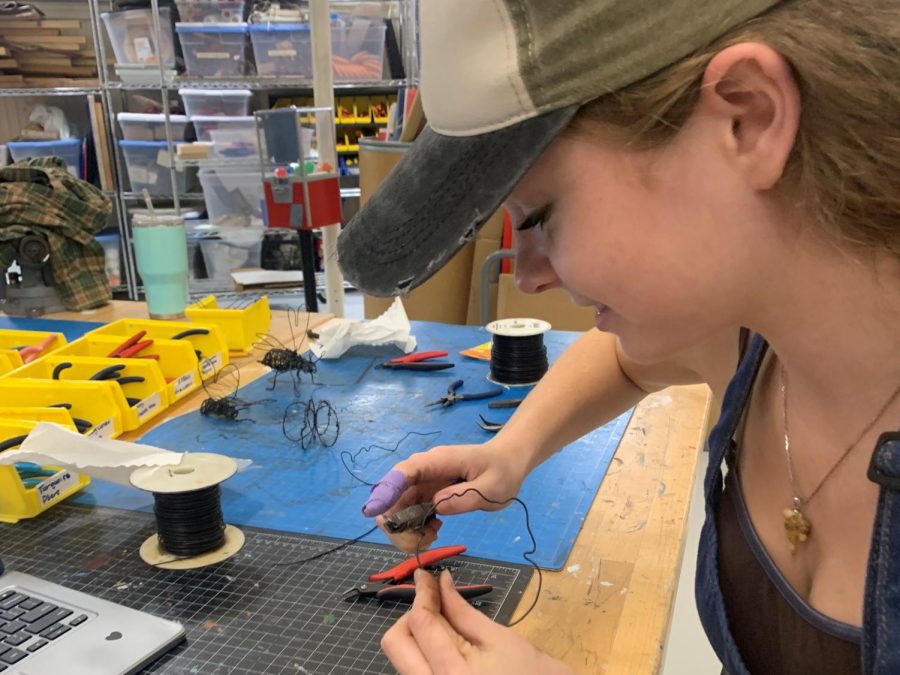 Senior Moxie Doctor revived the Maker Club so more students can take advantage of the Makerspace.

Meets in the Upper School Makerspace

The Makerspace is almost always busy and full of excited students – but never as much as during Maker Club. Moxie Doctor, the club head, says she founded Maker Club for anyone who simply wants to make something.

“It’s a good umbrella for niche interests,” she says. “Like clubs within a club!”

Members are allowed to work on almost anything they can imagine, from 3D printing to sewing. Other projects included wire art, beads, model work, and more.

It seemed to hit a dead end when those seniors graduated, but Moxie decided to revive it.

“I obviously have a large interest in making as a whole, and this space,” she says. “There’s so much equipment and supplies I wanted to take advantage of – that everyone should take advantage of.”

Moxie mentioned that there could be a collection of works coming soon, and that they are in need of members. In her words: “Join Maker Club!”

All comments will be approved by Quill editors. Comments containing inappropriate language will not be approved.
All The Quaker Quill Picks Reader Picks Sort: Newest